the origin
of osmose

Expressive E was created with one very simple goal in mind: make electronic music products that provide the immediacy and the emotive capability of acoustic instruments. In fact, one of Expressive E’s first projects began at the Pierre and Marie Curie University in Paris, where we studied one of our greatest inspirations - one of the first electronic instruments, the legendary Ondes Martenot.

Invented in the 1920’s by French cellist and radio telegrapher Maurice Martenot, the Ondes Martenot featured a special lever for intensity (“touche d’intensité”), a mechanism similar to a morse code telegraph key, which allowed fine, gradual control over the amplitude of the sound in real-time. By carefully pressing on this lever, the player could perform all kinds of different articulations with their left hand, while performing pitch on a keyboard with the right hand. There was a very specific and pleasing reactivity to this lever, which was actually created by a small bag filled with conductive powder, hidden inside. Our research team focused on how one could recreate this specific feel, but using modern engineering techniques.

The result was a silicone cylinder, which would go on to become the heart of the patented mechanism that drove our first product : Touché. 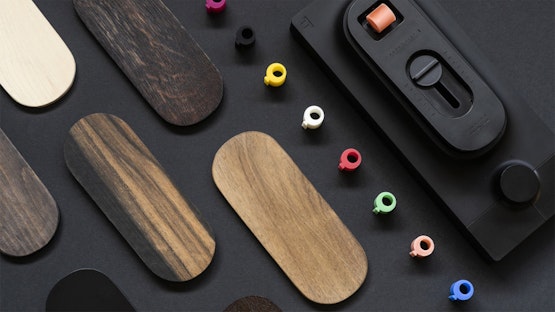 Since its release in 2017, Touché opened a door to a new world of human expression in electronic sounds. Its meticulously balanced mechanism responds to both the lightest and the most intense gestures, giving users immediate and intuitive control over all manner of hardware and software synthesizers used in modern music production.

We learned a lot during the creation of Touché, and naturally, we wondered how far we could take the idea. One very important rule is that our products must enhance familiar workflows, not force you to learn an entirely new instrument, or abandon one you love. The logical next step was to enhance the keyboard interface with uncharted new expressive possibilities, while, critically, also sticking to the traditional keyboard form factor.

After all, why can’t a keyboardist have the same freedom of expression as a guitarist, who can bend individual strings to create vibrato, or a saxophonist using breath to explore dynamics, or a drummer reacting to the particular bounce of a drum skin to create fascinating rhythm?

A new level of expression, but hidden in an interface that is so utterly familiar - we believed this dream could become a reality. And we were convinced that it could only be achieved using a new kind of playing mechanism, one able to provide the same quality of feedback that a musician feels when playing an acoustic instrument.

After a year of intense research and development, we set off on a fact-finding mission to visit some exceptionally talented musicians and artists, and let them get hands-on with our first prototype in confidential test sessions. We were overwhelmed by their reactions, but moreover, their precious feedback helped make the finished instrument all the more satisfying to play.

In the end, of course, it’s all about the sound. We also needed a sound engine that was capable of a vast sonic range, of interpreting even the smallest control signals in inspiring and fascinating new ways. The keyboard action and sound engine would have to interlock seamlessly, creating an experience that just feels right - that lets you forget you are playing an electronic device.

Following a period of intense collaboration, Haken Audio's renowned and incredibly versatile EaganMatrix sound engine, which is at the heart of every Continuum Fingerboard, along with the DSP boards that run it, were adapted specifically for use with our new instrument. The result is a perfectly integrated standalone synthesizer, that will amaze you with its nuanced, expressive and incredibly dynamic sound, and which is ready to be explored from the very moment you switch it on.
back to osmose main page